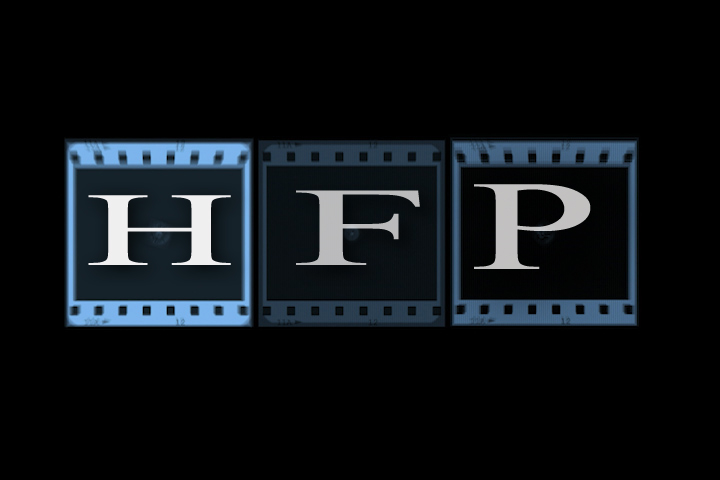 Alien Vengeance: Roadside, a blog and place for discussion

I admit it, this one is a bit short on story, but I knew when I wrote it that we'd only have a few hours to shoot it.  The alien's background isn't really that important to develop because this is just a link in the chain of events between movie one and movie two.  Folks who want to get to know the alien better should check those feature films out.  (Check http://www.hocfocprod.com/free_cinema for "Alien Vengeance" and "Alien Vengeance II: Rogue Element")

As simple as I tried to keep this movie it took a lot of folks to make it happen.  The crew and family that let us use their home in NY as our base of operations, Kimberly Amato, the lead actress who came out to work with us upstate and provided her own SUV.  Martijn Berndesen, who plays the hitchhiker and our special F/X make-up artist Margie Nugent who did the creature from scratch and the wounds all with face painting techniques.  It was a new method for me and I like they way it played out.

We shot on a $300 refurbished camera and used mostly natural light or clamp lights from a hardware store.  Mainly because I was in NY visiting family and this was work I sort of fit into the trip.  So, I had the lights and equipment that we had room for in the car and could travel with a bit.

You may have seen a large portion of this in the opening of "AV II: Rogue Element".  That was honestly decided on AFTER we had shot it and I thought that movie could use a stronger opening to hold people over until the action picked up about 15 or 20 minutes into the film.  It originally opened with just dialogue and that wasn't working for me. 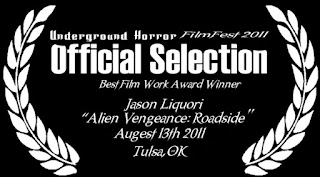 I cut some footage out to leave the short as its own movie and it will be re-fleshed for 2012 to be part of the "Alien Vengeance: Hunt for the Alien" web series.  The web series will chronicle the Deputy's hunt for the alien that carries him from movie 1 to movie 2 and then pick  up again between movie 2 and movie 3 (still in preproduction).
Please, use the comments below to discuss the movie.  And thanks for watching.
Go back to the cinema here: http://www.hocfocprod.com/free_cinema
Posted by HocFocProd at 9:26 AM

HocFocProd
I'm a filmmaker. That means I'm a guy who writes scripts and then is too lazy to try to sell them, so I just gather a cast, sometimes a crew, get a production together, direct the movie and edit it. See? Lazy. In this space I'll talk about my movies, webseries, web magazine and anything that sort of relates to those topics, like the movies that inspired me from when I was a kid, how movies work, what cameras young filmmakers should look at and distribution in the new age of digital movies.